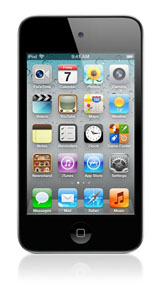 I use both a Macbook and a Windows desktop and wanted to see if I could sync the same iPod Touch to both machines. Below is one method I found to do this and some caveats about the method. (This method will work with iPhones and iPads also.)

Syncing to more than one machine

I found several websites that contained instructions on how to sync an iPod Touch (or iPhone or iPad) to more than one computer. However, the instructions did not work for the latest iTunes 10.5 version. In the comments of How to sync an iPhone with two (or more) Computers, I found a method which worked. While the old method was to change the unique identifier in two files (“iTunes Library.itl” and “iTunes Music Library.xml”), the new method only required changing one file (iTunes Music Library.xml). 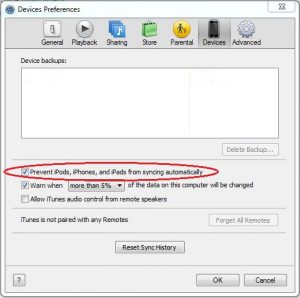 The iPod Touch is now sync’able against both computers. But wait, the information (music, video, contacts, notes, etc.) and applications on both computer are likely not identical. If that is the case, you will want to manually control how the sync works on either computer. You can start by configuring iTunes to not automatically sync.

Run iTunes on both computers and do the following:

Doing the above does not solve the whole issue of having different content on the two computers. The problem is that the iPod Touch has its own configuration on what to sync (Apps, Music, Movies, TV Shows, Photos, and Info). To see those sync options (they show as tabs in the device details), connect the iPod Touch to the computer and click on the iPod Touch device in iTunes. If you configure the iPod Touch to sync Music, the same setting is used for both computers and if you don’t have the same music on both computers, then you have an issue.

The workaround I use for the above is manually intensive. Before syncing, I double-check the sync options on the iPod Touch. If I only have music on my first computer, I make sure to check “Sync Music” before syncing; while on the second computer, I make sure to uncheck “Sync Music” before syncing. (Strangely, the “Sync Info” options are not persisted for both computers, but this might be a Mac OS X and Windows side effect.) If I’m careful and don’t get confused, it works. Of course, if I mess up and accidentally get the music wiped from the iPod Touch, it is easy to re-sync the music back.

Alternatively, there is a way to sync the content from the iPod Touch to the second computer. This is possible according to Sync iPhone to iTunes – Transfer iPhone to iTunes synchronization. I haven’t tried this, but it looks very interesting and opens up new possibilities.

I hope that the above info will help you to get the most from your iPod Touch.