Luckily, just when I needed to jailbreak a new iPod Touch 4G with iOS 5.0, I found that the iPhone devteam had released a version of RedSn0w (version 0.9.10b3) that would jailbreak the latest iOS 5.0.1 operating system. And better yet, this version would allow untethered usage (thanks to @pod2g!) which means that it is possible to reboot the iPod Touch without having to connect the device (“tether”) and re-running the jailbreak software. You can read up on the details at Dev-Team Blog – Untethered holidays. 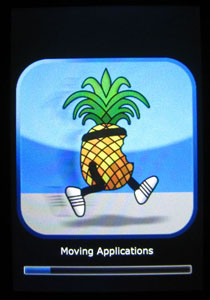 You can download RedSn0w 0.9.10b3 from the Dev-Team Blog link above. I downloaded the version for Mac OS X, which worked perfectly on my Mac OS X 10.6 Snow Leopard macbook. This new version of RedSn0w did not prompt me for the iOS 5.0.1 IPSW firmware image so you don’t need to download that (previous RedSn0w versions would require the correct IPSW image file).

Before running redSn0w, I used iTunes to upgrade the iPod Touch 4G to the latest iOS 5.0.1 version. When that was completed (about 10 minutes), I installed and ran RedSn0w. I noticed that on launch, RedSn0w now quits iTunes automatically; this is nice because in the past, I had to manually quit iTunes in order to avoid popup messages from iTunes during the jailbreak.

Once the iPod Touch has completed the jailbreak and started successfully, I recommend doing the following on the device:

Thanks to RedSn0w, the jailbreak process has never been easier. Good luck with your jailbreak.