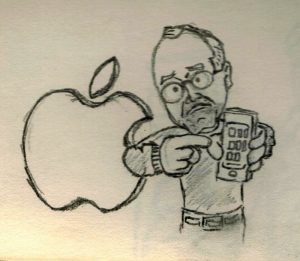 It has been over a year since I migrated to a Macbook Pro laptop and started using the Mac OS X operating system. Since then, I have learned some useful tips and tricks, which I have shared below.

If you can master keyboard shortcuts, you will be able to perform some actions (especially repetitive ones) much faster than using the trackpad.

Enable Tabbing Between All Controls

This will allow you to tab to any control, such as a button, in a window or dialog.

Use the following key combinations to perform either a full screenshot or a cropped screenshot:

The screenshots will appear on your desktop as PNG image files.

Select one or more files and simultaneously press Apple + Delete keys to delete them. This key combination will also work to delete folders. The deleted files and folders are placed in the waste basket.

If your Mac OS X appears to be frozen due to an unresponsive program, one drastic measure is to kill that program’s process. Simultaneously press Command + Option + Esc keys to open up the “Force Quit Applications” dialog, select the offending application, and click on the “Force Quit” button.

Note: For more details on running applications (in addition to disk, memory, and network usage), you can launch the “Activity Monitor”.

There are a ton of keyboard shortcuts. You just have to find the ones most useful to you. For example, here’s a fun shortcut: press Fn + Shift + F10 keys to make the current window bright and slowly move to the center, while everything else fades away.

The Terminal application is equivalent to the Linux shell or the DOS command prompt. For certain activities such as writing scripts or doing development, I prefer to use the command line. So I was very glad that Mac OS X came with the Terminal application. One can open several Terminals and even skin them so they will be partially transparent.

One can launch a Mac OS X application from the Terminal by issuing the following commands:

Mac OS X comes with a nifty command line wireless utility called airport. To enable easy access to it, run the following to put it in the command line’s search path:

Once you have run the above, you can now issue the following commands:

Some other useful commands are:

To access another partition or a CD using Terminal, change to the “/Volumes” directory.

If you ever forget your administrative password, there are two easy methods to reset the password. One requires the Mac OS X Install CD and the other does not.

First method is to boot from the Mac OS X Install CD and run the reset password application.

Note: Did you know that Mac OS X, like Windows, has a Safe Mode? If you ever need it, just hold the Shift key on bootup to go into Safe Mode.

Boot Camp for the Schizophrenic

Boot Camp comes with Mac OS X and allows you to dual-boot into either Mac OS X or Windows. It is very easy to setup as long as you have an official Windows installation CD with product key. The only decision you have to make is how much space to allocate to Windows; I recommend 32GB or more for Windows 7 to allow space for applications.

Once Boot Camp is installed, on startup, just hold the Option key down and you will be presented with a menu to select either Mac OS X or Windows to boot into. When you are in Windows, insert the Mac OS X Install CD to install the necessary Apple Windows drivers. Once installed, you will see a Boot Camp icon in the bottom-right dock which will allow you to configure the Trackpad, which OS to boot by default, etc.

You will need to either get used to using Windows with the Mac keyboard or alternatively, to remap the Mac keys to match Windows.

Emacs The Way You Want It

Mac OS X comes with a command line version of Emacs. However, I’ve gotten used to GNU Emacs on Windows and wanted the same on the Mac OS X. Here’s how to install GNU Emacs on your Mac:

If you want to customize Emacs to disable the startup splash screen and enable mouse scrolling, create a “~/.emacs” file with the following content:

;;Set tab to be displayed as 4 spaces, not the default 8
(setq-default tab-width 4)

Restart Emacs for the changes to take effect.

This is the dumping ground for random, but possibly useful tips.

When using VMWare Fusion running Windows, you will need to add Fn to the normal Windows keyboard shortcuts. For example:

To run Firefox in 32bit mode by default (so some legacy plugins can work):

Did you know that you can issue commands in the Firefox address bar? Try the following:

The above will work in Firefox running on all supported operating systems.

Hopefully all the tips here will help you to enjoy your own Mac migration.