Import Movies and TV Shows to Your Apple iPad

Have you ever imported movies and TV show episodes into your Apple iPad and have them show up as generic videos, not movies or TV shows? Worse, these videos show up without a preview image, just a totally black square? And are the episodes nicely grouped under the TV show’s name? Finally, when you play a movie, can you skip to later chapters? 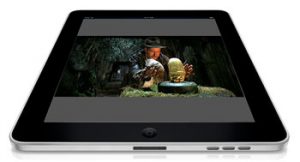 Well, I have had all of the above problems until I discovered Subler. Subler is available only for Mac OS X. It is used to add meta-info to the movie or TV episode files so they will show up in iTunes and iPad correctly as movies or TV shows. In addition, Subler supports adding chapters, subtitles, and secondary audio tracks (like for other languages). Below are my notes on how I used Subler.

Before anything else, you will need to convert your movie or TV episode into the iPad supported format (usually an MPEG4 file ending in .m4v or .mp4 extension). There are several resources on the Internet about how to do the conversion. Here is a nice tutorial using the free Handbrake tool to convert a movie DVD. If you use this tutorial, before importing the movie into iTunes, make sure to run Subler on it to add a preview image and chapters.

A quick google search identifies that the iPad supports the following video formats:

I use Subler to add a preview image and chapters to a movie file. Subler will also add meta-info to indicate that the file is a movie type so that iTunes and iPad will recognize it accordingly. Here are the steps:

Adding meta-info to TV episodes is very similar to the above. The difference to keep in mind is that episodes have seasons and are numbered. iTunes and iPad will use the seasons and episode numbers meta-info to group TV episodes together (usually episodes together under a season). If you end the TV episode file names with the season and episode number like “S02E15” (Season 2, Episode 15), Subler will automatically pre-populate the search form. Here are the steps:

Use Subler to Increase Sound Volume

If you need to increase the sound volume further, you may wish to use a tool like AACGain.

Finally, import your movies and TV episodes to iTunes and/or iPad. They will show up under the correct Movies or TV Shows section, instead of the generic Videos section. Good luck!

Adding custom chapters to Subler involves creating a raw text file, inputting the chapter times and names into it, and then dragging it into Subler. Subler will automatically recognize it as a Chapter Track.

The Subler documentation indicates that there are two formats for the chapter text files; I chose the more compact mp4v2 format. Here’s an example:

Some comments about the above: 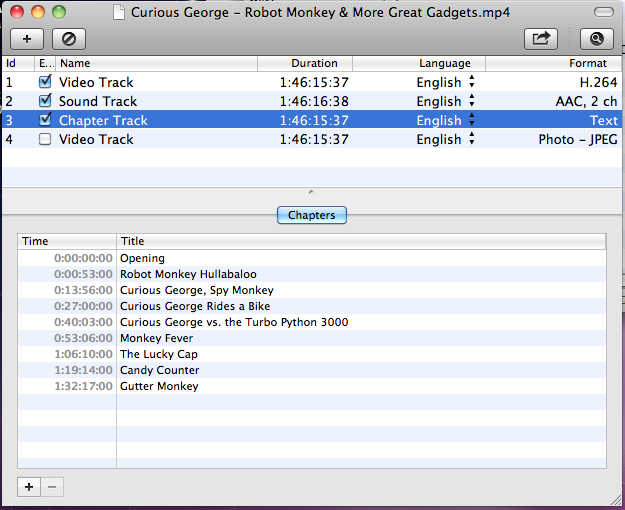 To verify the generated chapter images, open the movie file in QuickTime Player and select the “Show Chapters”. You should then see the following: 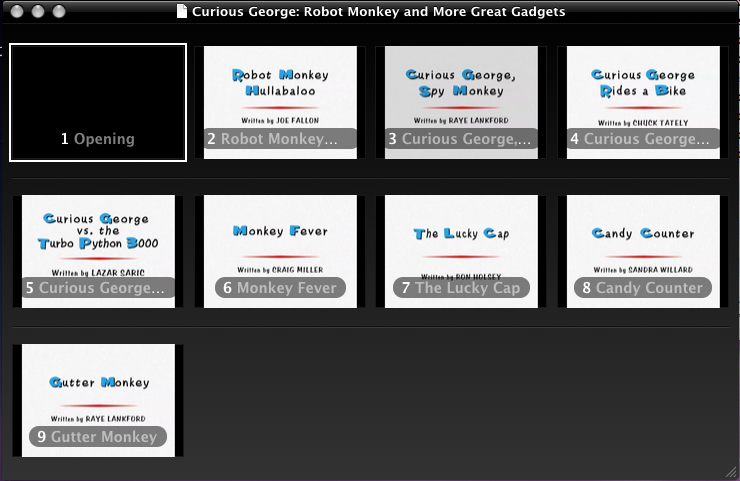 If there are any mistakes, just open the movie with Subler, delete the Chapter Track and “Photo – Jpeg” Video Track (which contains the generated chapter images), and start over with a corrected chapter text file.

For more info and advanced tips, see the following web forums and websites: