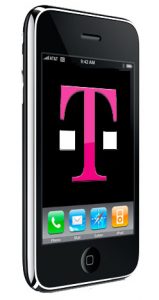 A friend had a jailbroken and unlocked iPhone 3G with his T-Mobile service. He had paid someone to upgrade the iOS to the latest 4.0.2. Unfortunately, the hardware on his iPhone 3G was incapable of running iOS 4.0.2 efficiently and would freeze every minute for several seconds. In his words, it was unusable. When he asked that same person to downgrade the iOS, he was told that it was impossible. Which is when he turned to me for help. (Cue Mission Impossible theme music.)

After some research, I found that iOS 3.1.2 was the best version to downgrade to because it was the version most commonly jailbroken and unlocked with by others. There is an iOS 3.1.3 version but I figured it was better to stick with the tried and true. Also, I found that it was easy to downgrade an iPhone 3G but not an iPhone 3GS. For 3GS and later models, you had to save some configuration data off the iPhone before doing the upgrade in order to allow the possibility of doing a downgrade later. Whew, dodged that one.

Note: I did the downgrade steps on a Windows 7 64bit platform but it should work fine for Windows 7 32bit or Windows XP.

Here are the steps that I took to downgrade the iPhone 3G (these steps may not be 100% comprehensive because I am writing this from memory and some notes):

Optionally, you may wish to install the app Installous which is much nicer and faster than Cydia for finding applications.

Hopefully, the above will help you should you encounter this same downgrade situation. Good luck!