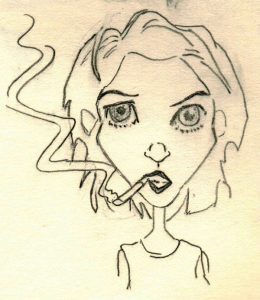 Recently, my niece’s iPhone 4S died. We got her a replacement phone, but all the data on her old phone was gone. Unfortunately, even though she had a Gmail account configured, her iPhone did not sync its addresses to Google Contacts. I checked my own Google Contacts account and found that it contained almost none of the addresses on my iPhone. Even though I had enabled contacts sync for my Gmail account, the iPhone addresses were not getting synced to Google. So I did some research, found the issue, and have summarized my findings and solution below.

For my purpose, there are four contact types that exist on the iPhone:

When you view your Contacts app, all the addresses (except non-imported SIM contacts) will show in one listing. The iPhone does remember which contacts are of which type, and there is a way to filter what you see. If you have more than one type of contacts, the Contacts app will show a Groups link on the top left. Click on it and you will see two or more these options to select which types to make visible (by checkmark):

Set Google Contacts as the Default

Note: If you configure Google contacts sync and there are no pre-existing local contacts on your iPhone (and iCloud contact sync is not enabled), then the default type for newly-created addresses will be set to Google contacts automatically.

To configure a Google account, go to “Settings->Mail, Contacts, Calendars” on your iPhone. Under Accounts at the top, click “Add Accounts” and input your Google account access information. Or if you have already created the Google account, it will be listed and you can just click on it to see its settings. In the Google account settings , make sure that “Contacts” sync is turned on (in addition to other services like “Mail” or “Calendar”). You will be prompted to “Keep on My iPhone” your current contacts (local or iCloud), which I recommend you agree to; otherwise, those pre-existing addresses will be deleted.

Then make sure to set the iPhone to save new addresses to Google Contacts by going back to “Settings->Mail, Contacts, Calendars” and locating the “Default Account” setting. Change it to “your_Gmail_address” (Google contact), instead of “On My iPhone” (local contact) or “iCloud” (iCloud contact). The “Default Account” setting is also used to identify the default sender email address when you compose a new email.

Google contacts sync did not provide an option to merge local contacts. I had to figure out a workaround. The method I decided to use was to merge my local contacts into iCloud and then to export the contacts from iCloud for import into Google. (Alternatively, I could use iTunes sync, but it looked a lot cleaner to use iCloud.)

First, configure the iCloud account by going to “Settings->iCloud” to add or view an existing iCloud account. (Alternatively, you can go to “Settings->Mail, Contacts, Calendars” and “Add [an] Account” of type “iCloud”. In the iCloud settings, turn on “Contacts” sync and agree to the merge prompt (to not delete all the pre-existing addresses).

Once iCloud contacts sync was enabled and the local contacts were merged (almost instantaneously because I only had 75 addresses), these are the steps which I took to transfer the addresses to Google:

I ended up with a lot of duplicate contacts because my Google account had email addresses while my iPhone had telephone numbers. Thankfully, Google provided a mechanism to merge duplicate contacts. I recommend using the more sophisticated merge contacts function under the new UI preview, instead of under the old UI (under the old UI, click on the Imported folder under “My Contacts” and you will see a banner asking if you wish to “Find & merge duplicates”).

On the old Google Contacts UI:

Contacts Not Syncing From Google 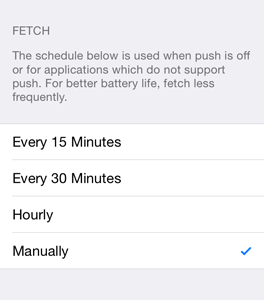 To see the Google sync setting, go to “Settings -> Mail, Contacts, Calendars”, click on “Fetch New Data”, and locate “your_Gmail_address”. Gmail doesn’t support “Push” (where Google would send newly-created contacts to the iPhone), so it is set to “Fetch” (the iPhone queries Google for new contacts) by default. The fetch schedule is located at the bottom and on my iPhone, it was set to “Manually”. The manual fetch meant that I had to start or use the Contacts app for the addresses to sync with Google. I could change the fetch schedule to sync with Google periodically (by minutes or hour), but decided that manual was fine (I want to reduce battery usage).

If you have an old SIM card that contains addresses (the SIM storage was used by the older, non-smart phones) and wish to import it into your iPhone, put the SIM card into the iPhone, go to “Settings ->Mail, Contacts, Calendars”, click on “Import SIM Contacts”, and select your Google account (instead of “On My iPhone” or “iCloud”).

It occurred to me that I could have both Google and iCloud contacts sync enabled at the same time. However, I’m not sure about some of the behavior. Every address on the iPhone will replicate from iCloud, while only Google-type addresses will replicate from the Google account. Will downloaded Google addresses that don’t exist in iCloud be replicated then to iCloud? Will downloaded iCloud addresses that don’t exist in Google be replicated to Google? Does this behavior depend upon which contact type “Default Account” is set to? I don’t know. It is probably best to use one or the other, not both.

Because I am leery about unnecessarily exposing my personal information on the Internet, I manually removed all the contacts from iCloud after I was confident that I had imported them into Google Contacts successfully.