Flex/Flash to STOMP to ActiveMQ 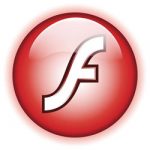 Recently, I wanted to look into writing a Flash client which uses the STOMP protocol to talk to an Apache ActiveMQ Server. I found this great blog, Flex chat application that uses Apache ActiveMQ and STOMP, that talks about creating a STOMP-based chat client using Flex. I tried to follow the blog and found that it was missing several installation steps and instructions on how to use the free Flex SDK. To save you the trouble, I’ve documented the missing steps below.

Note: I’ve never developed with Flash or Flex before but after some reading, I came to the realization that both were different ways of doing the same thing. Flash is an in-browser platform which uses the ActionScript language, similar to a Java Applet using the Java language. Flex could be considered as way to package ActionScript 3 (AS3) code, pre-built AS3 GUI libraries, and media files for compilation into a SWF file. This paragraph is probably totally inaccurate but it helps me keep things organized in my head.

Congratulations! Hopefully everything worked for you.

If it didn’t, here are some debugging steps: